"Support from the Trust over a period of years has enabled us to grow the project, its ambitions and the impact it has on young people." 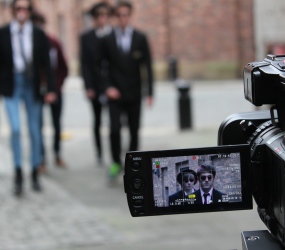 Northern Stars is a unique training and talent development initiative for young filmmakers that has been running at Tyneside Cinema since 2006.

It began as a 5 month Filmmaking Academy for 15-18 year olds, aiming to bridge the gap between education and production, led by a lead filmmaker and a range of guest industry professionals to give hands on training and skills development to 18 young people each year. The programme includes a residential film camp where the young people shoot their films on location with support of a mentor.

Thanks to support from the Gillian Dickinson Charitable Trust, we have significantly developed the Northern Stars offer which now has two distinctive strands: Academy and Production. This enables us to engage and develop more young people, and to be able to offer valuable continuous development and paid work experience to our graduates. Furthermore, we are exploring ways to diversify our income streams, to increase resilience of the project for the future.

Through the Academy strand, we deliver two programmes per year, Fiction and Documentary. These provide intensive, professionalised training to 36 young people across the North East. In 2012, we set up Northern Stars Production, which is a commercial venture. Production creates video content, primarily for the web, for a range of clients across the cultural, corporate and voluntary sectors and is run by young people. We employ two full time trainee filmmakers and engage others on a freelance basis. The mid-term aim of Production is to generate a surplus and make a positive contribution to support the Academy Programmes.

The Northern Stars project has and continues to make a very positive difference to young people’s lives in the North East. As well as developing filmmaking skills, both Academy and Production strands develop teamwork, communication, organisational and other personal and employability skills. Our graduates have won awards for their films at Festivals around the UK, have independently produced films, have gained employment and places at University. Support from the Trust over a period of years has enabled us to grow the project, its ambitions and the impact it has on young people. 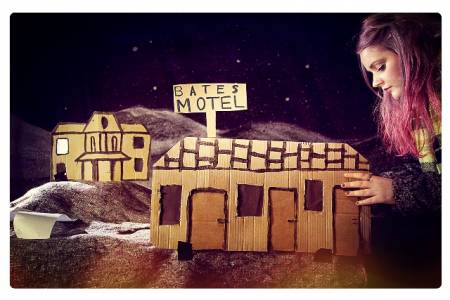