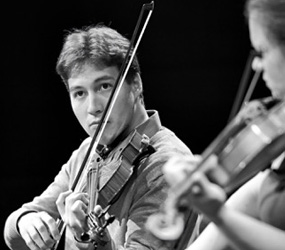 Northern Chords was founded in 2009 with a clear dream - to bring world class emerging and established classical musicians from around the world to perform in the region. Each year a select group of soloists are brought together for a week in the North East, where they form unique combinations and prepare programmes that they perform together only and exclusively once here. With a particular focus on presenting the young stars of the classical music world Northern Chords hopes to not only cultivate current audiences and appreciators, to celebrate the importance of culture being at the heart of a society, but also to inspire the next generation of listeners and performers.

Thanks to the support of the Gillian Dickinson Trust in 2014 we were able to stage our most ambitious and successful festival yet. The grant enabled us to evolve in many of the areas of the festival, including artistic development, PR and organisational improvements. We were astounded that audiences numbers almost doubled across the week compared to previous years, the quality of music making was exceptional and the whole team felt that it was a real turning point in the evolution of Northern Chords.

The 2014 Festival theme was “1914 - music from a changing world”. The idea was to take a snapshot through compositional history and so we only presented works from composers who were alive at the start of the Great War. The audience that comes to every concert across the week were amazed at the variety of output in this period, from the romantic works of Faure and Ravel to the modernism of Prokofiev or the minimalism of John Cage and Charles Ives. Not to forget the birth of jazz too!

The grant from Gillian Dickinson Trust also helped us to invite two particularly special artists to join us; the multi-album SONY recording clarinettist David Orlowsky and the Feuermann International Cello Competition winner Gabriel Schwabe. Like many of the musicians that come and perform at Northern Chords they had never been to the region before - and we hope that they will return soon!

“Without the support of the Gillian Dickinson Trust I am certain that we wouldn’t have been able to stage festival to the level that we did. Everyone at Northern Chords is incredibly grateful for their belief, support and trust in our vision and work.” Jonathan Bloxham, Artistic Director.

An excerpt from a review from 2014:
“The Northern Chords ensemble gave a brilliant rendition of this ethereal hymn to sorrow. You could have heard a pin drop…….soprano Ruby Hughes, singing from the pulpit…a former Samling Scholar, she stunned an already attentive audience into a deeper silence. What a voice! It certainly left me wanting more. It was a concert meriting superlatives. One day, I reckon, Jonathan Bloxham, conducting here with sympathy and assurance, would make a great Royal Northern Sinfonia music director. That’s for the future. The present is already pretty good.” 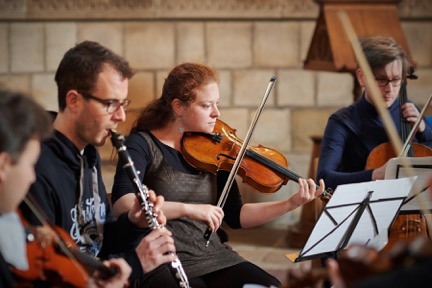 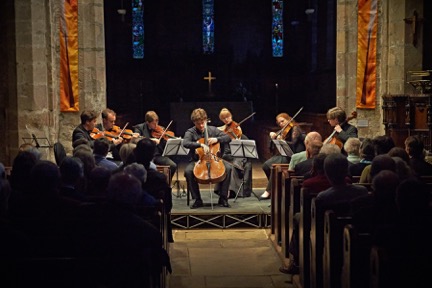 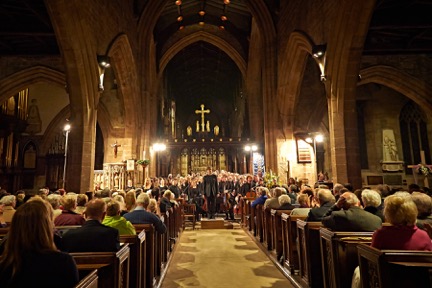