"Through this unique display of ritual dance, colour, and costumes from Tibetan culture, the festival audience experienced a vibrant evening of world music which also formed a refreshing contrast to the classical concerts taking place at other times of the week." 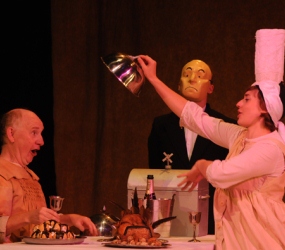 The Gillian Dickinson Trust’s grant was a key element of funding for the 2013 Hexham Abbey Festival programme.   We requested funding to support both our core and outreach work with deprived members of the Hexham community and were able to present the events listed below through the generosity of the trustees.

Funding from the Trust made it possible for the International award-winning theatre company Théâtre sans Frontières (based in Hexham) to present two performances of Le Moulin Magique, an enchanting folk-tale from Brittany. This was performed in simple French, making it suitable for a wide range of age groups from 8 years and upwards and featuring live music played by the actors on stage. The shows took place on 26th September 2013 and were mounted in partnership with Queen's Hall Arts Centre, Hexham.

The Dickinson Trust was also associated with the presentations by the Tashi Lhunpo Monks from Tibet on the following day.  The first of these took place in the afternoon, when the monks gave a workshop for children, including some with special needs from Hexham Priory School. The School is one of a number of local partnerships we are working to foster and develop during the Festival.  Also included were members of Hexham Youth Initiative and Hexham East No 28 social regeneration project, both of which help young people from the town’s most deprived areas to reach their full potential through developing their life and social skills.

In the evening, the same artists from the Tashi Lhunpo Monastery performed a programme entitled ‘The Power of Compassion’. The Abbey administration generously allowed this event to take place within its walls as a concert rather than a religious ceremony. The performance consisted of masked dances and sacred music from the Tibetan world of chanting and Buddhist texts.

Through this unique display of ritual dance, colour, and costumes from Tibetan culture, the festival audience experienced a vibrant evening of world music which also formed a refreshing contrast to the classical concerts taking place at other times of the week.

In conclusion, I would like to say on behalf of Hexham Abbey Festival that our association with the Gillian Dickinson Trust in recent years has been particularly rewarding. We value our relationship highly and are grateful for the generosity shown to our organisation. 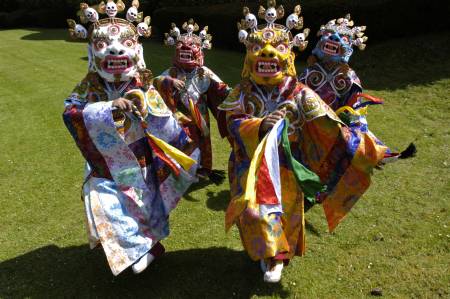 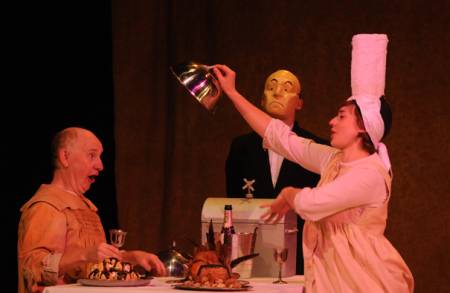