We are most grateful to the Gillian Dickinson Trust for its support of our Learning and Participation programme which reached in 2013 a record 1,868 participants. 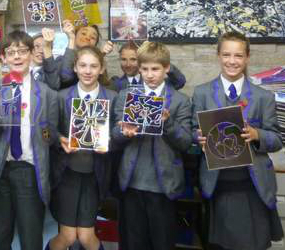 Lumiere is the UK’s largest light festival produced by Artichoke, the UK’s leading creative producer of outdoor events and a registered charity. Lumiere returned to Durham in November 2013 for a third event, reaching a total live audience of 580,000 since its creation in 2009. Every other year, Lumiere turns the city into a vast outdoor gallery for four magical evenings, with an extraordinary series of lightworks created by artists, performers and designers.

Artichoke believes in the power of art to transform places and people’s lives, and is committed to bringing the arts to the widest audience. Although Lumiere is free and staged in the public space, we are conscious that barriers to participation remain. We are most grateful to the Gillian Dickinson Trust for its support of our Learning and Participation programme which reached in 2013 a record 1,868 participants through activities that included:

Stained Glass Cars by Twist Design, a tribute to the Robin Reliant as three cars destined for the scrap-heap were transformed into the world’s first stained glass cars, using images of local heritage. The support of the Gillian Dickinson Trust enabled us to deliver a series of workshops at local schools including Tanfield School in Stanley and the Chorister School in Durham (picture attached).

- The Other Side of the Wall was the culmination of work that took place across County Durham’s prisons. Artists worked with 60 offenders and their families, inviting each to fill two Perspex boxes, one depicting key moments from their past, and the other how they saw their future.

- Consumerist Christmas Tree by Luzinterruptus aimed to challenge our addiction to plastic bags and consider the environmental consequences of our throw-away society. Members of the public were invited to donate plastic bags and to take part in creating the tree at workshops.

- Litre of Light has brought light to thousands of people all over the world, thanks to a new technology creating simple light-bulbs from plastic bottles, water and chlorine. In Durham, the installation received an overwhelming success, as 1,200 local residents and school children took part in workshops to create their own bulb. 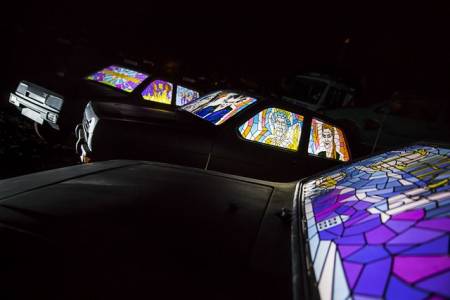 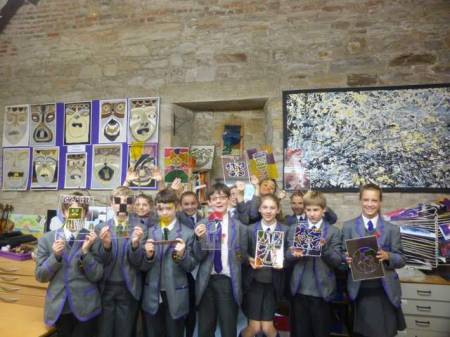 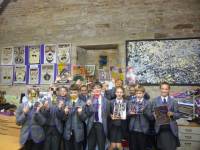