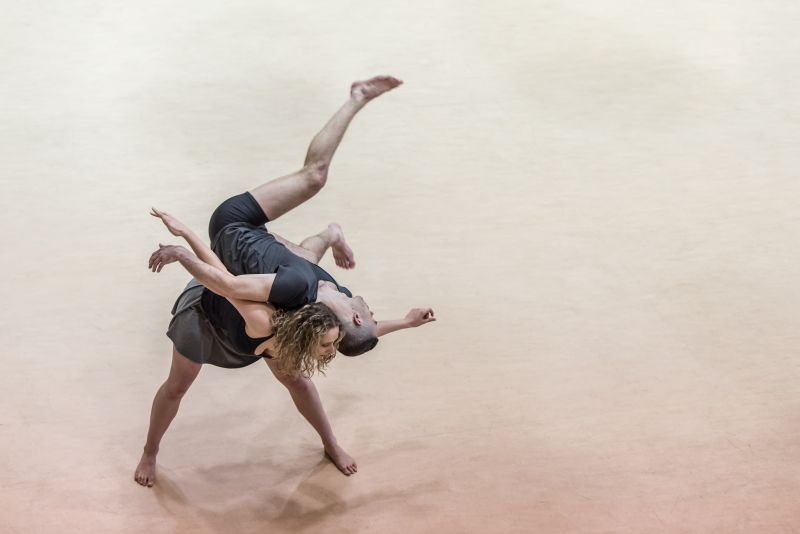 Dancing the Road to Fertile Ground in the North East

Fans of dance, music, elephants and Facebook are in for a treat if they book now for a triple bill of contemporary movement – Dancing the Road, which is hitting stages and streets across the North East this May and June.

Four young dancers from the North East star in this eclectic programme from the region’s first professional graduate dance company, FERTILE GROUND. Artistic Director, Dora Frankel, founded the company to nurture and keep local talent in the North East and has commissioned two internationally renowned choreographers to create new work designed to appeal to audiences of all ages, especially those who haven’t seen contemporary dance before.

Frankel has become a doyenne of dance in the North East since her arrival from the international stage in 2004. She describes Dancing the Road as, “An immersive triple bill that takes you beyond time and place. Our two brilliant guest choreographers are creating new works for this tour. Eight Steps by Malgorzata Dzierzon explores how we negotiate public spaces. Era by James Wilton delves into the dark side of digital technology. My own piece is called Elephant Dances and celebrates our connection to the majestic elephant. It’s all going to be colourful, joyous and thought provoking. With this exciting new work we really want to touch local people’s lives with dance.”

Dancing the Road will be appearing in a number of unexpected venues such as The Bowes Museum and Northern Gallery for Contemporary Art. Audiences can see a free taster performance as part of the Late Shows, and at Dance Bites! On 25th May at Trinity Square, Gateshead.

Eight Steps by Malgorzata Dzierzon - Explores the public space and how we negotiate it. Wondering, are just pawns in a public game of chess? For in chess the pieces are constrained by a set of prescribed, pre-determined moves, yet the names of the pieces; Pawn, Knight, King, Queen, suggest the possibility of a human connection and response. Fittingly this work can also be performed outside.

Era by James Wilton - Delves into the dark side of digital technology.The 21st Century, where getting “likes” is more important than being likeable. Where you have “favorited” so much that you don’t know what you like anymore! Where you have thousands of “friends” but never see anyone. Where advertising has infiltrated every aspect of art and culture. Where you can access anything but are interested in nothing!

Elephant Dances by ‘Frankel and Company’ - Inspired by The Bowes Museum's exhibition “From Temple to Home: Celebrating Ganesha.”Looks at our connection to and love of the great and wise elephant.The work is both a celebration of and a homage to this much endangered mammal and how the god Ganesha evokes its characteristics and its power. An evocative and provocative work created by the Company to an unusual musical collage. A work we hope will cross cultural boundaries and also be satisfying for visually impaired audiences.